Medical implants are becoming more common as technology keeps developing. Hip replacements, knee replacements and heart pacemakers are among the more common implants into the body. You might not have much choice – either get a pacemaker implant or risk a heart attack. We can be thankful for lives saved by medical implants. The assumption is, of course, that there are virtually no negative consequences and the multi-billion dollar medical implant industry is carefully regulated along with sound scientific research to first approve and then monitor the many implants. But what if those assumptions are far from the truth? What if millions of people with medical implants are at risk of serious side effects? That is actually closer to reality. This blog will focus on a common medical implant for older people – the hip replacement. It turns out that a hip replacement could lead to Parkinsonian symptoms and thereby seriously undermine one’s life.

How is this ever possible, you might say! An artificial hip is a simple mechanical device inserted into the body – whatever could go wrong other than maybe one’s body rejecting the implant? There is no medication, and therefore no side effects. But it is far more complex and with potentially major health consequences.

Dr Stephen Tower, an orthopedic surgeon in Alaska, needed a hip replacement in 2007. About one and a half years after the surgery, he began to experience tremors, ringing in the ears, and later had an “episode” where he trashed a hotel room. Understandably, both he and his wife were quite concerned. On an educated hunch, he checked his blood for cobalt, and was shocked to find out that the cobalt in his blood was one hundred times more than normal! His artificial hip had metal with a cobalt alloy, typical of many artificial hips. He was suffering from cobalt neural toxicity brought on by corrosion of his implant. He had his artificial hip replaced with a ceramic and plastic one, and soon the Parkinson like symptoms disappeared, proving that the first hip replacement was the cause.

That story appears in “The Bleeding Edge”, a Netflix documentary. Dr Tower began to notice more neurological issues in his patients, some being diagnosed with Parkinson’s and others with psychiatric disorders. He began researching this further, even looking at brain scans which showed cobalt toxicity which could be mistaken for Parkinson’s. He presented his research findings to the Food and Drug Administration (FDA) in the USA, but received little support or acknowledgement. In the documentary, he exclaimed “why should I be doing this research?” The artificial hip manufacturers have recalled some hips with cobalt because there has been some disintegration of nearby body tissue, but not because of Dr Tower’s research. Indeed, it appears the industry continues to recommend hips with cobalt. With over ten million people worldwide having hip, knee and shoulder replacements, many with cobalt in some metal part, there are many people who have been diagnosed with what is actually a completely reversible brain disease. 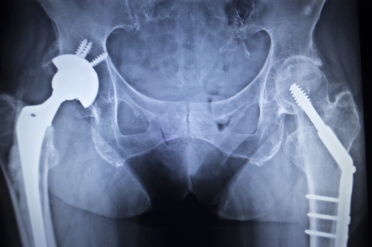 In 2017, Dr Tower gave a more up to date talk at a scientific meeting. He emphasized again how the medical devices industry and even the medical profession is still reluctant to acknowledge the problem. He discusses cobaltemia or cobaltism, a systemic toxicity, with twelve symptoms, including tremors, forgetfulness, fatigue, imbalance, disordered mood and sleep – all that can be associated with a brain disease like Parkinson’s. He notes that metal on metal artificial hips have been recalled in the US, but there are many of the 950,000 people in the US with such hips that have not had replacements. Such artificial hips are now banned in the UK and Scandinavia.

The medical profession and industry say the cobalt toxicity is “rare”, his findings are “anecdotal”, so there is no big issue. Dr Tower disagrees, claiming that it is fairly common for any replacement in the body that has any cobalt – typically as a chrome cobalt alloy — even if it is with a ceramic or plastic device. To different degrees for different people, interference with brain metabolism steadily occurs, verified by PET brain scans. He gives data from his own practice, showing that at least 25% of his patients have developed some Parkinson’s symptoms, and all reversible by changing the hip to one without cobalt, as he experienced.

Why has this not been recognized, he asks? It takes about seven years for neurological issues to appear, and typically before the physiological ones. Hip replacements are done typically for older people, therefore the brain toxicity symptoms can be easily confused with ageing. The simplistic assumption is thus made that “Grandpa is just getting old, his memory is going, and Oh my, he now has Parkinson’s”. About four million Americans have had hip replacements, and it could well be that about one million are suffering from reversible brain toxicity. On the one hand, more business and profits for nursing homes and drugs needed to treat Parkinson’s and psychiatric diagnoses, but at the cost of needless human suffering for the patients and their families. Dr Tower notes that this easily explains why families with absolutely no history of Parkinson’s suddenly have a loved one diagnosed with that brain disease.

But how did this all come about? Surely, the FDA has regulations and there is considerable research to test such medical devices before they come on the market. Sadly, this is not the case. Dr Tower discusses how there is little rigorous research for such medical devices, and in fact it is up to the medical devices companies to provide almost all the research data. You can see the obvious conflict of interest and bias in any such research. Medical device companies boast about their innovation to improve lives, and patients seem willing to “get the latest innovation and technology” from doctors influenced by all too eager sales representatives. New is not always better – it is more often “unproven, more complex, with more issues”. Dr Tower says that the stainless steel hip of the 1970s is better than the more modern versions. He claims that medical device technologies are market, rather than science driven.

The Bleeding Edge documentary concurs, revealing how the approval process works (or doesn’t!). Since it costs so much to do the research, and may take too long, any device that is “substantially equivalent” to one on the market can be approved and registered fairly quickly. Devices on the market in 1970 were “grandfathered in”. This creates a “daisy chain” effect, and even if an earlier device is recalled, the more recent ones approved as “substantial equivalents” from it can stay on the market. Apparently, many surgeons do not know the FDA approval process for medical devices. The medical device industry is a 300 billion US dollar per year industry, much larger with more power and influence than even the pharmaceutical industry. The documentary mentions one simple device which costs $25 to manufacture, but is sold for $2,000. The medical device industry is fast-moving, with ever-increasing technological innovation, but rushing  ahead of science and any long-term research for safety and efficacy. A shocking revelation in the documentary is the story about some FDA scientists who wanted to report serious problems basically as “whistle blowers”. They were fired or let go and even had their e-mails intercepted by spyware as a reward for their honesty and integrity. The documentary looked at other medical devices, like the Essure wire mesh prescribed for women to prevent pregnancy, with its complications and “horror stories” for all too many women. It might be hard for you to remain calm if you watch this documentary.

Have you had a hip or knee replacement, or someone in your family? Is there evidence of Parkinson’s symptoms or suggestion of some psychiatric diagnosis? Then consider watching Dr Tower’s videos on the topic, talking to a medical professional who is willing to re-consider the cause of the symptoms and ask for a blood test for cobalt toxicity.

This topic raises numerous ethical and moral issues surrounding a larger industry. The goal of the industry should be to serve the needs of the patients, to safeguard their well-being and health. But too much evidence points to an industry pursuing profit at the expense of people’s suffering. Jesus summed it up in the Sermon of the Mount in Matthew 6:24, where everyone is faced with the decision of either serving God (good ethics and morality at least) or money – you cannot do both. While we can be thankful for doctors, surgeons, nurses and companies that really do want to serve people, we cannot be naïve about the dangers of scientism, materialism and related idolatries of our world. As I reflect on all this, I am struck how the moral and ethical issues are similar to  the pharmaceutical industry, which I discuss in detail in my latest book, “Pills for the Soul?”

Dieter is the Director of Ministry for Deeper Love Ministries, and has written three books on the ministry of transforming and healing prayer. One of Dieter’s main roles in this ministry is teaching the seminar series and speaking at conferences. Dieter’s three books serve to articulate and strengthen the theology and practice of the ministry of transforming prayer for the whole person. Dieter graduated from the U. of Guelph (BSc) and holds a PhD in quantitative genetics from the U. of Saskatchewan. Dieter was an associate professor with the University of Nebraska, and has co-authored scientific papers in several professional journals. He is a graduate of Regent College, Vancouver, B.C., with the Master of Christian Studies (MCS) degree, concentrating in spiritual theology. Dieter has served as an elder in a number of churches and is on the board of Deeper Love Ministries. Dieter is bi-vocational, also Chief Scientific Officer for Agronomix Software (www.agronomix.com), a software development company which develops, distributes and supports a software application for plant breeders and agronomists worldwide. With his experience in the corporate world, Dieter has also taught on the theology of work. Dieter is no stranger to international travel – having lived in Syria and Morocco for a total of 6 years and travelling to over 50 countries worldwide for business or ministry. Dieter and his wife Ellen live in Winnipeg, Manitoba, Canada. They have one daughter, Karissa, who lives in France with her husband and children. View all posts by Dieter K Mulitze, PhD