Modern psychiatry claims that many mental illnesses are brain abnormalities with a genetic cause. One commonly touted abnormality is an imbalance of neurotransmitters in one’s brain. A quick search on the internet typically shows hundreds of references to supposed genes for various mental illnesses. That is the world of “behavioural genetics”. If there really are genes for supposed mental illnesses, then medication is needed for life for people suffering from mental illnesses and indeed there is a large market for pharmaceutical companies. Psychiatry has for a long time pointed to schizophrenia as the clearest example of genetics for a mental illness. Clearly, the idea that there is no genetic basis whatsoever for schizophrenia would be an “inconvenient truth”. As a PhD in quantitative genetics, I concur with a minority of researchers in the mental health industry that there are no genes for schizophrenia.

Ted, Eileen and Their Schizophrenic Daughter 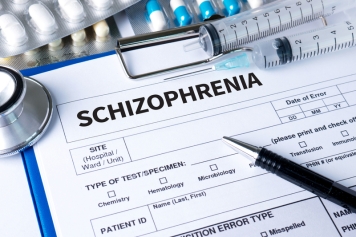 Ted and Eileen, a committed Christian couple, came to see me about their daughter Lucy, who had been diagnosed with schizophrenia several years previously. They were discouraged about the situation and under a lot of stress in their family because of Lucy’s bizarre behaviour, which at times was terribly embarrassing. As they shared some examples where Lucy seemed to be psychotic or out of touch with reality, it was not hard to see why she was diagnosed as schizophrenic. They were concerned also about the drugs that their daughter was on as prescribed by her psychiatrist. Lucy didn’t always take the medication, since she claimed that it made her feel “weird” and had some noticeable physical side effects.

After listening for some time, I told them that unless there was an undiscovered truly organic problem, their daughter’s condition was certainly not genetic and not due to any chemical imbalance at all. I briefly explained why that is the case and cited some references they could study. They were quite surprised at my comments, since all the mental health professionals told them matter-of-factly that schizophrenia has a biological origin and Lucy would require lifelong medication. I reassured them that while the cause is most probably a relational or emotional one, Lucy’s condition did not necessarily stem from bad parenting or a dysfunctional home. There could be numerous other causes even with the most loving, Christian upbringing. I certainly did not want to heap any shame or condemnation upon them—they had experienced enough already over the years.

As we talked, they said that something did happen to Lucy in grade nine that “changed” her, but she never, ever, told them what it was. The symptoms of schizophrenia started right after that time. I never did get to pray with Lucy. However, Ted and Eileen did leave with some hope because now they knew that Lucy could be healed without drugs and her future was not genetically determined.

Schizophrenia: An Example of Impossible Genetics

Was I correct in telling Ted and Eileen that genetics was not the issue at all? I believe so, since schizophrenia is genetically impossible. Not convinced? Here’s at least ten reasons why schizophrenia cannot be genetic.

The above ten reasons should prove the impossibility of genetics for schizophrenia beyond any doubt. As fully expected, a multitude of research has not found any genetic basis. Since 1961, no less than 33,648 research studies have been undertaken to determine a genetic or biological cause of schizophrenia; not one has been found (Whitfield, pg. 171). Could there be a message here? Meanwhile, at least 110 peer-reviewed research reports on studies involving 31,551 people have shown a strong relationship between psychoses or psychotic symptoms that include diagnosed schizophrenia in most cases and childhood trauma (Whitfield, pg. 187). 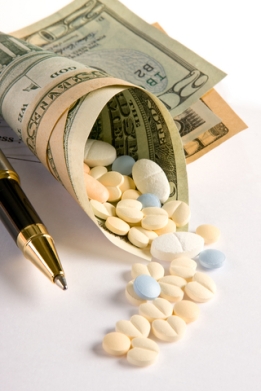 The research has not only been inconclusive, but often flawed. There still is no reliable genetic marker or biological test for schizophrenia. A psychotherapy and healing  model involving no genetics and zero drugs fits all the data and experience of real people suffering real pain far better. Nevertheless, the majority of mental health workers and psychiatrists believe that schizophrenia is biologically caused, either genetic or biochemical. This is an example of psychiatry taking a “leap of faith.” Why does it continue? Because whenever something is repeated and claimed as true for so often for so long and enough people begin to uncritically believe it, it is accepted by most people as fact. Then in reality, it is mythology. But don’t forget the power of wealth from the pharmaceutical industry and the pressure of prestige and reputation from the mental health industry. In short: science held hostage to ideology at the expense of the continued needless suffering of people.

But there’s another more fundamental issue not yet addressed. Do we have a soul and spirit? Or are we just bodies with a brain and neurological system, another level beyond robots? We are integrated beings and our genes do affect us, but we must be aware of reductionism. There is no gene for our soul and spirit per se. Behavioural genetics cannot account for the life of the spirit, and yet this so fundamental to who we are (2 Cor. 5:17; Col. 2:6-7; Ps. 23:3; Gal. 2:20, 5:22-25).

I first met Sonia at a healing prayer meeting. She was a very quiet, sensitive, and soft-spoken young lady. For the first two prayer sessions, she just wanted a blessing and seemed to appreciate the attention and a listening heart. In reality, she was also building up a “comfort level” with our prayer team. At the third prayer session, she shared, somewhat hesitantly, that she had been diagnosed as schizophrenic. That was the real reason why she was coming to our prayer team. She seemed a bit embarrassed by that, being a Christian. We reassured her that, nonetheless, she is a precious child of the living God and that was her identity. The psychiatric label was simply a label and in no way her true identity.

As we began in healing prayer, asking Jesus and the Holy Spirit to come and reveal the deeper issues in her life, she wept a number of times as the Lord revealed his love for her and a number of very deep lies that she had believed about herself and God the Father. There are times when a personal revelation of the living Christ is so overpowering that there are no adequate words for it, and it heals the deepest places. This happened to Sonia on several occasions, and we were immensely privileged to have a tiny part. There were moments of real tears in the presence of Jesus and His Spirit.

Sonia had also struggled with a deep sense of insecurity as to her salvation for a number of reasons, but after two more prayer sessions that was entirely resolved. At the last prayer session, we noticed how she had a sparkle in her eye, her hair was well kept, and she walked with much more confidence. She told me that for the first time in many years, she could truly experience joy. Soon after our prayer sessions, she was able to reduce her psychiatric medication under her psychiatrist’s direction and come off her “meds” completely. She was able to resume a normal life without the former “symptoms.” It turns out that, aside from some good friends who were praying for her, she just needed to come into the healing presence of Jesus in a safe, quiet place. Simple, “unprofessional and unscientific”, but profoundly effective.

Dieter is the Director of Ministry for Deeper Love Ministries, and has written three books on the ministry of transforming and healing prayer. One of Dieter’s main roles in this ministry is teaching the seminar series and speaking at conferences. Dieter’s three books serve to articulate and strengthen the theology and practice of the ministry of transforming prayer for the whole person. Dieter graduated from the U. of Guelph (BSc) and holds a PhD in quantitative genetics from the U. of Saskatchewan. Dieter was an associate professor with the University of Nebraska, and has co-authored scientific papers in several professional journals. He is a graduate of Regent College, Vancouver, B.C., with the Master of Christian Studies (MCS) degree, concentrating in spiritual theology. Dieter has served as an elder in a number of churches and is on the board of Deeper Love Ministries. Dieter is bi-vocational, also Chief Scientific Officer for Agronomix Software (www.agronomix.com), a software development company which develops, distributes and supports a software application for plant breeders and agronomists worldwide. With his experience in the corporate world, Dieter has also taught on the theology of work. Dieter is no stranger to international travel – having lived in Syria and Morocco for a total of 6 years and travelling to over 50 countries worldwide for business or ministry. Dieter and his wife Ellen live in Winnipeg, Manitoba, Canada. They have one daughter, Karissa, who lives in France with her husband and children. View all posts by Dieter K Mulitze, PhD