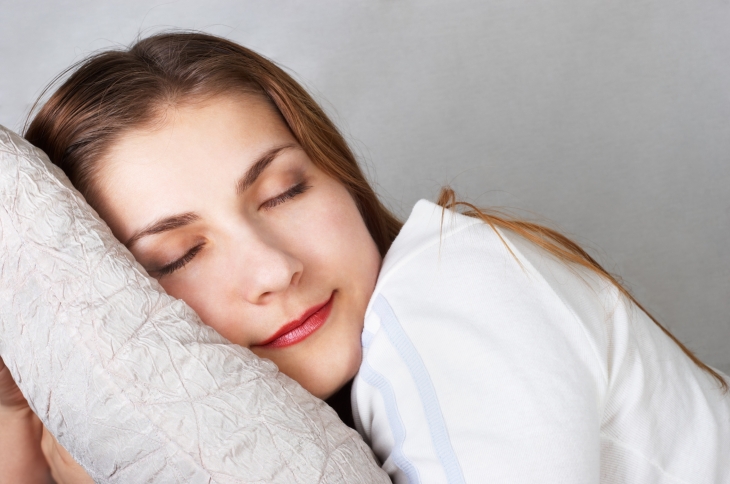 Have you had one or more “weird” dreams? Those dreams that just don’t make sense, for which there is no apparent interpretation? Was it something you ate the night before, too much stress or “overactive neurons”? You might be tempted to just “press delete”. I too have had such dreams with no apparent interpretation no matter how long I pondered them. My inclination was to “discard and forget”.  That is, until one dream came along that was a “wake up call” to dream interpretation. Here’s one of my dreams that stands out almost as a “textbook example” — except that books on dreams rarely discuss what I learned.

In the summer of 2004, I dreamt that I visited Regent College in Vancouver, BC, where I was a student from 1978 to 1980. I dreamt that while I was visiting the college, no one talked to me. I went to the main office, no one noticed me. I walked past the offices of some of the faculty that I knew. None of them acknowledged me and had even a second to talk with me. No matter who I visited or wanted simply to talk to, it was as if I didn’t exist. I might as well have been invisible. It was really strange – I could not interpret this dream. Was it something about Regent College, as if the character of the college was changing? I knew that could not be true – the college was in my time, and even now, is just as affirming, relational and godly in so many ways. I had a rich and fulfilling two years of study there. No matter how much I pondered this and asked the Lord for an interpretation, nothing made sense. I wrote it down in my personal journal anyways, but not expecting anything from this dream.

A year later I decided to complete my MCS (Master’s in Christian Studies) degree from Regent College. When I left Regent College in 1980, I never finished my last degree requirements since I soon found myself in a PhD program in quantitative genetics at the University of Saskatchewan, then a postdoctoral program, then a university professorship and then starting a software company. All good and God’s clear will for my life – but there never was time to complete the MCS degree. In 2005, when life was “not as busy”, I took an opportunity to complete the degree requirements remotely with a Regent College professor.

In the spring of 2005 I was on my way to Vancouver for graduation from Regent College with my MCS degree. Before the actual ceremony at some large church in Vancouver, I was in the gowning room in the basement of this large church. I put my gown on, as all the other graduates did, and was standing in about the middle of this large room. I was surrounded by graduates, they were all talking and visiting with one another. However, no one at all talked with me. I was not in any of their classes, I did not know any of them at all. In fact, many of the graduates were not even born when I left Regent College 25 years prior! The net result was that no one really noticed me – it was if I didn’t exist. I might as well have been invisible. As I was standing there, suddenly, in an instant, I remembered that “weird” dream that I had basically written off. I was not thinking about it at all. It came as an instant flash into my mind.

So that “weird” dream did have meaning after all! It was just that there had to be a future context or life situation wherein the meaning of the dream became apparent. Such a dream defies any simplistic interpretation – most dream interpretation books will not help. “Chasing symbolism” would be a waste of time. This dream was also prophetic, but again, not apparent until the future events unfolded. If the dream would have been about myself taking a course a Regent or writing some final exam, that could point to finishing my degree, or possibly a summer course and hence clearly prophetic. But I could not see how the dream could ever be true – which made any interpretation problematic. I firmly believe that God brought that dream so instantly to my mind to teach me more about dream interpretation in general, with all its subtleties and need for discernment, as well as how He specifically speaks to me through dreams.

We actually see this aspect of dream interpretation in the Scriptures. A classic example from the Bible is the two dreams that Joseph had (Gen. 37:5-11). You might recall his dreams where his sheave of grain rose up and his brother’s sheaves in the field bowed down to his. The second dream was where the sun, moon and eleven stars bowed down to him. What could those dreams possibly mean? Completely bizarre. Maybe this seventeen year-old was just out of his mind! Joseph was quite immature in sharing those dreams like he did. The result was even more hatred and resentment in his family towards him. However, his father decided to keep the dreams “in mind” (Gen. 37:11) and not “press delete”. But decades later, when through totally unforeseen circumstances, Joseph is the ruler of all Egypt under Pharaoh, the meaning of the dreams became apparent. When his brothers came to Egypt and bowed down before him, he suddenly remembered his dreams (Gen. 42:9). Later, his whole family could see that those dreams came true with the symbolism understood (Gen. 45). What was once bizarre and weird became all too true and loaded with meaning.

God used my “weird” dream to encourage me to pay attention when He speaks to me through dreams. We grow in our relationship with God as we practise the spiritual disciplines – and that certainly involves learning to hear His voice more clearly. This tends to be tailored to our unique character and personhood. We shouldn’t minimize the role of dreams in our lives.

When the Holy Spirit first came, the apostle Peter quoted Joel (Acts 2:17-21; Joel 2:28-32a). Note Acts 2:17 “… I will pour out my Spirit on all people. Your sons and daughters will prophesy, your young men will see visions, your old men will dream dreams” (emphasis mine). It is of course more than old men who will dream dreams, but my point is that receiving and discerning dreams is as much of the Holy Spirit as prophesying. The Charismatic movement seems to have focused a lot on the spiritual gift of prophecy, but the Scriptures indicate that we need to take dreams seriously as well. Good sheep learn to listen to the Shepherd (John 10:3-4). Remember the many parables of Jesus as recorded in the Gospels? Think of a dream as a “personal parable” to you from Jesus.

Have you had any “weird” dreams? You might want to put them in the “active” category and still see if there’s a meaning that will become apparent in your life. God may well be speaking to you through the dream, as one of many ways that He communicates with us. We just need to take the time to reflect, discern and sometimes also wait.

Dieter is the Director of Ministry for Deeper Love Ministries, and has written three books on the ministry of transforming and healing prayer. One of Dieter’s main roles in this ministry is teaching the seminar series and speaking at conferences. Dieter’s three books serve to articulate and strengthen the theology and practice of the ministry of transforming prayer for the whole person. Dieter graduated from the U. of Guelph (BSc) and holds a PhD in quantitative genetics from the U. of Saskatchewan. Dieter was an associate professor with the University of Nebraska, and has co-authored scientific papers in several professional journals. He is a graduate of Regent College, Vancouver, B.C., with the Master of Christian Studies (MCS) degree, concentrating in spiritual theology. Dieter has served as an elder in a number of churches and is on the board of Deeper Love Ministries. Dieter is bi-vocational, also serving as CEO and Founder of Agronomix Software (www.agronomix.com), a software development company which develops, distributes and supports a software application for plant breeders and agronomists worldwide. With his experience in the corporate world, Dieter has also taught on the theology of work. Dieter is no stranger to international travel – having lived in Syria and Morocco for a total of 6 years and travelling to over 50 countries worldwide for business or ministry. Dieter and his wife Ellen live in Winnipeg, Manitoba, Canada. They have one daughter, Karissa, who lives in France with her husband and children. View all posts by Dieter K Mulitze, PhD